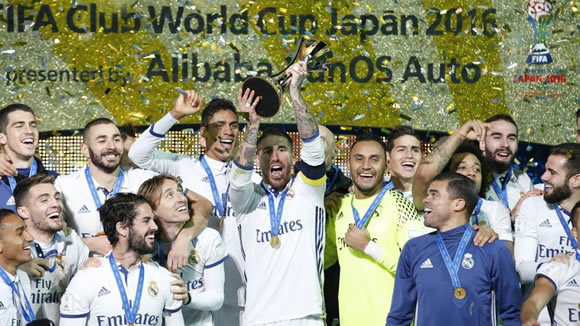 According to a council member of the world football governing body, FIFA is preparing an expansion of the Club World Cup for June 2021.

The tournament would last for 18 days and the format would start with three groups of eight teams each, comprised of the best from the five continents.

At present, only the winners of each of the Confederations that make up FIFA, go.

Twelve European teams, five South Americans, two Africans, two Asians and two more from North America would make up the new format according to El Mundo Deportivo, whilst a solution for Oceania would still be sought.

The 12 Europeans would include the last four finalists in the Champions League, so Real Madrid, Atletico and Barcelona would be part of this first super tournament.

Proposals to extend the so-called Club World Cup were developed last week in India and have been released on Monday by the German, Reinhard Grindel.