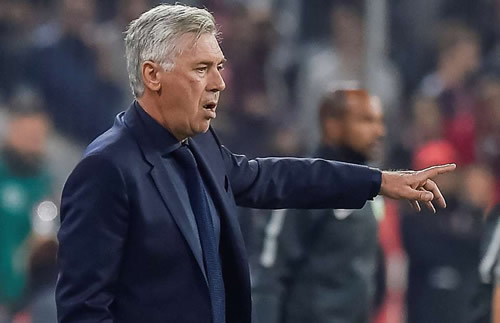 Bayern Munich surprised everyone when they sacked Carlo Ancelotti back in September.

The Bavarians had been on a poor run, but the Italian has such a solid reputation that few people expected him to be axed so early on in the season, just months after leading them to the title.

Jupp Heynckes has been able to turn their campaign around as they now sit three points clear at the top of the Bundesliga, having won nine of his 10 games in charge.

Who knows if Ancelotti would have been able to sort out their problems, though the 3-0 defeat to Paris Saint-Germain in the Champions League was a particular low point.

However, poor results on the pitch may have been just one reason for his demise.

The club`s president Uli Hoeness has been speaking to German publication Bild about why the three-time European Cup winner had to go, and it seems the blame actually lies with his backroom staff, who kept causing fights at training.

"Ancelotti`s assistants did not fit in at this club," Hoeness said, quoted via the Mirror.

WHY THEY HAD TO GO

"With Carlo it wasn`t a problem, everything was OK with him, but every day there was a fight between the physios, the doctors and Ancelotti`s fitness coaches.

The 58-year-old and his team clearly come as a package, which meant they all had to be fired at once.

Perhaps Ancelotti could feel a little hard-done-by if that`s the case.

That said, there have also been reports that his methods were not popular with the players.

Arjen Robben allegedly claimed that there was better training at his son`s youth team, so all in all, it wasn`t a happy camp at the Allianz.

It`s surely only a matter of time before we see Ancelotti back in football - the Italy job is still vacant, while he`s also been linked with a surprise move to Saudi Arabia.