Jose Mourinho: Romelu Lukaku should be untouchable in support from fans 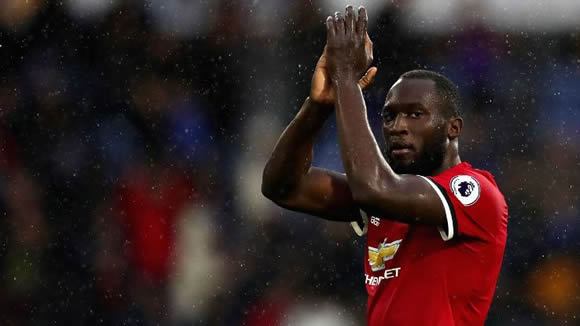 Romelu Lukaku has not scored for five games.

Jose Mourinho has told Manchester United fans that while they are free to express their disappointment with certain players, Romelu Lukaku should be "untouchable."

Mourinho said he was "disappointed" with some supporters` reaction to Lukaku during the win over Tottenham on Saturday after the Belgium international went a fifth game without scoring.

The £75 million striker, who has scored 11 goals in 15 games since arriving from Everton, is set to start against Benfica at Old Trafford on Tuesday night and the United manager insisted ahead of the tie that the 24-year-old should be immune from any criticism.

He told a news conference on Monday: "The fans are the fans and I also said that the fans pay for their tickets and are free to express themselves and say they want to express, but my job is when I feel they deserve is to protect my players.

"I think Romelu is one of the players that should be untouchable in terms of the respect of everyone.

"It`s not one goal or the ball goes against the post or save by the opposition keeper that can make Romelu`s contribution below the top level.

"He is playing extremely well for us and yes, I have to protect my players when I feel they deserve it and Romelu always deserves it because what he does for the team is fantastic.

"Playing football for a striker isn`t just about scoring goals. So for me [he is] untouchable in my team and I think he should be untouchable in support from the fans.

"But fans are fans, they pay the ticket and do what they want. As a manager I feel duty to protect my players when I feel they deserve it."

United can qualify for the knockout stages of the Champions League this week if they better CSKA Moscow`s result against Basel.

Mourinho is not expecting to have Paul Pogba or Marouane Fellaini available against Benfica.

And he added that he will resist the temptation to rest players ahead of a trip to Stamford Bridge to face Chelsea on Sunday.

He said: "The best scenario is that we have the same players as we had the last weekend.

"Our aim tomorrow is to qualify. Ten points would be OK to qualify but our main aim is to finish first in the group.

"A draw is not bad but Benfica will give us a difficult match. They have their own ambition and pride and will try to win but we want to get to last 16 as first in group.