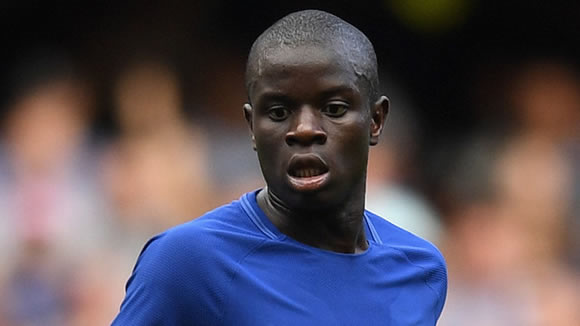 N`Golo Kante could make his first Chelsea appearance since September

Antonio Conte says N`Golo Kante is in contention to return for Chelsea in their Champions League clash at Roma.

The midfielder has been out since he picked up a hamstring strain playing for France on October 7, missing the Blues` last five matches including the 3-3 draw with Roma at Stamford Bridge.

Kante returned to training before the Premier League win over Bournemouth at the weekend but missed out on the matchday squad, and Conte says they will consult with the Frenchman again before making a decision for their fourth Champions League group tie.

"N`Golo Kante has trained with us, and before the game against Bournemouth but it is very important in this moment to speak with the player and (think about) the player`s sensation," the Chelsea boss said.

Conte admits it has been a testing period of the campaign, with Kante one of a number of players that have been out injured. Chelsea are still without Victor Moses, one of their standout players last season.

"It is important for us to overcome this testing period," he said. "Since the very beginning of the season we are facing this situation, but I hope it will end soon.

"We have three main injured players, two of which have recovered but it will take some time for them to recovery fully. We will need some extra time for Moses.

"But also in the summer, Hazard also broke his ankle and Pedro fracture in his face. We are recovering important players and you know very well how important it is for me to have all players available."